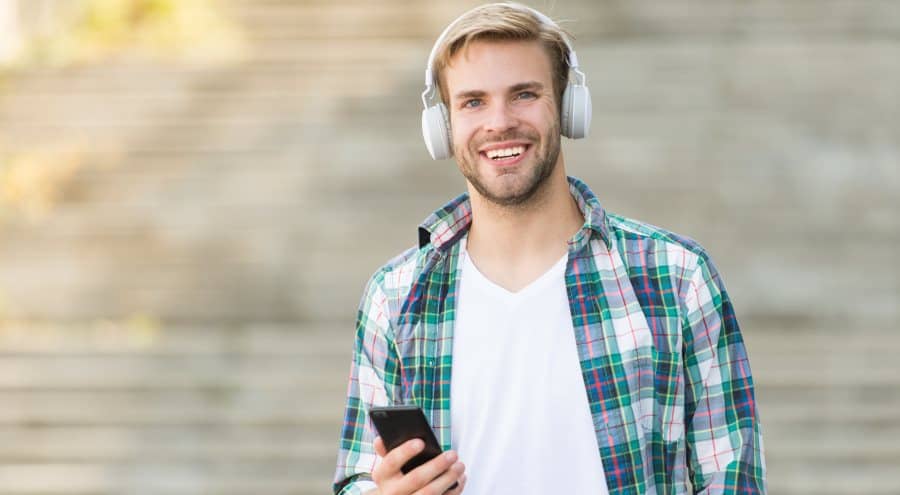 Since 2009, Joe Rogan has been running one of the most listened-to podcasts called The Joe Rogan Experience. The talk show is still one of the most popular podcasts on the internet, receiving millions of views regularly and featuring a wide range of guests.

We scoured the internet to find you the best Joe Rogan podcasts.

From the day the podcast was launched, Rogan has released quite a few episodes, each receiving criticism across the spectrum. For those who don’t know who Joe Rogan is, he is an MMA commentator, stand-up comedian, and the former host of that crazy stunt/dare game show called Fear Factor.

Over the years, the guests on his show have ranged drastically, making it such a treat for his listeners every time.

Starting December 2020, Joe Rogan agreed with Spotify to release his podcasts on the platform exclusively, and thus, all of his from #1568 going forward are available on Spotify while earlier episodes from #1567 and back can be accessed on YouTube.

Tesla, SpaceX, and the Boring Company founder Elon Musk has a huge cult following and so whenever he gets involved in something, it is guaranteed to explode. He is a box office as can be seen in his featured episode on the Joe Rogan Experience.

The episode has had more than 39 million views since it aired almost three years ago in September 2018.

Spanning 2.5 hours, this episode involved Musk and Rogan discussing the entrepreneur’s recent business undertakings as well as his and his company’s future plans.

Musk also talks about AI technology and how he manages to turn many ideas into reality and success.

The most controversial part of the discussion is when Rogan dared Musk to smoke weed on air, which he accepted, which also made Tesla stock tank significantly.

One of the reasons why this is among the most highly viewed Joe Rogan Experience episodes is because Elon Musk, one of the most successful and visionary entrepreneurs in history and the second richest man on the planet, doesn’t give too many interviewers and his fans can listen to him for 2.5 hours.

Aired in 2019 during Democratic presidential nomination campaigns, the Bernie Sanders episode is one of the best JRE podcasts overall and is still worth the listen or watch for Bernie Sander fans –and there are millions of them.

In this episode, Sander is direct and doesn’t skate around subjects, but Joe should also be given credit for doing an incredible job managing the interview, especially because politicians usually don’t shut up when given an opportunity to speak.

Sanders and Rogan had a long, drawn-out discussion on matters to do with politics and this episode actually influenced Edward Snowden to also stop by at the studio.

Mike Tyson is such a legendary figure who has lived quite an incredible life since he made his boxing debut in 1985.

With Joe Rogan being a boxer by trade, this was a match made in heaven. Aired in September 202, this episode is quite informative, particularly the part where the two boxers discuss drugs.

Mike confides about taking acid when he was 11 and opens up about his cannabis-cultivation venture at his Tyson Ranch weed resort that generates more than $500,000 per month.

But the discussion takes a sudden turn when Mike Tyson reveals that he used to get erections when fighting!

When JRE moved to Spotify, the common belief was that this would spark an influx of Hollywood celebrities to the show, and it did just that. While there have been plenty of A-list celebrity guests on the podcast, many believe that Joe Rogan managed a real coupe when the iconic movie producer Quentin Tarantino was featured in episode #1675.

In this episode, Quentin Tarantino digs into his humble beginning as a film director as well as his future plans beyond filmmaking.

It is quite an enthralling episode as the guest goes off on uninhabited, film trivia tangents, while Rogan battles to bring the discussion back on track.

Tarantino also rants about the backlash surrounding his controversial portrayal of legendry Bruce Lee in the documentary Once Upon a Time in Hollywood.

The author, astrophysicist, and science buff Neil deGrasse Tyson also appeared on the JRE podcast, which turned out to be one of the most popular episodes Rogan has ever recorded. Generally, Tyson is a delight to listen to and they covered a wide range of topics that millions of viewers can find interesting.

Though the topics they discuss are complex and most of us might find it too difficult to understand, Tyson explains things in a very simple way for anyone to understand.

The episode aired in 2017, and if you listen to it you will marvel at how both Tyson and Rogan’s passion for science come through in the discussion.

Aired in 2017, this episode features conservative Ben Shapiro. While Joe Rogan does not agree with most of his guest’s points, this episode is worth listening to, particularly for both liberals and conservatives.

The two discussed an array of topics from gender pronouns to Donald Trump. Even if you don’t subscribe to Shapiro’s beliefs, there are a few things you can learn from this episode.

Towards the end of 2018, Joe Rogan tweeted Kanye West and invite him to the show. West, an ardent supporter of Donald Trump accepted the invitation and many had hoped that the Jesus Walks artist would divulge into his personal battles as well as his attitude towards the former 45th president of the United State, but that was not particularly the case.

Kanye, whose conversations tend to go off the rails quickly, was different in this discussion. He talks about his new path in religion and how he feels bad about his past music. However, there is also the trademark self-aggrandizing speech that everyone expects of him.

In this episode, Joe Rogan hosted his fellow comedian though not for the first time. Bill Burr (of F Is for Family) is a long-time guest on the JRE having appeared in early episodes of the shows including 11 other episodes.

These two gentlemen have a rare rapport. Although the two try to discuss a few important issues, the entire discussion is just funny.

Actor and comedian Kevin Hart appeared on episode #1278 of JRE that was aired in 2019. For those who are familiar with Mr. Hart, you understand how this is one of the best Joe Rogan podcasts. He is a witty person and very nice to listen to, and with Joe being a comedian himself, this episode was great from the get-go.

This podcast provided a great opportunity for Kevin Hart to explain why he chose to get into a standup and acting career as well as how he feels about his success and fame.

The British journalist and writer, known for his notions on civilizations and myths, come to the JRE podcast in 2019. The two discuss some of Hancock’s many theories and how the community has embraced them.

In addition to this episode, Graham Hancock has also appeared on a number of other JRE podcasts, including with Randall Carlson.

link to How to Publish a Podcast

Are you looking to publish your podcast, but you are stuck? If the answer is yes, you are in the right place. In this article, I’m going to share with you a step-by-step guide to publishing a...

View Post
link to Do You Need a Mixer for Podcasting?

There is an ongoing debate within the podcasting community whether one needs a mixer to create a podcast show. Of course, a lot of factors need to be considered, but a short answer is no you don’t....