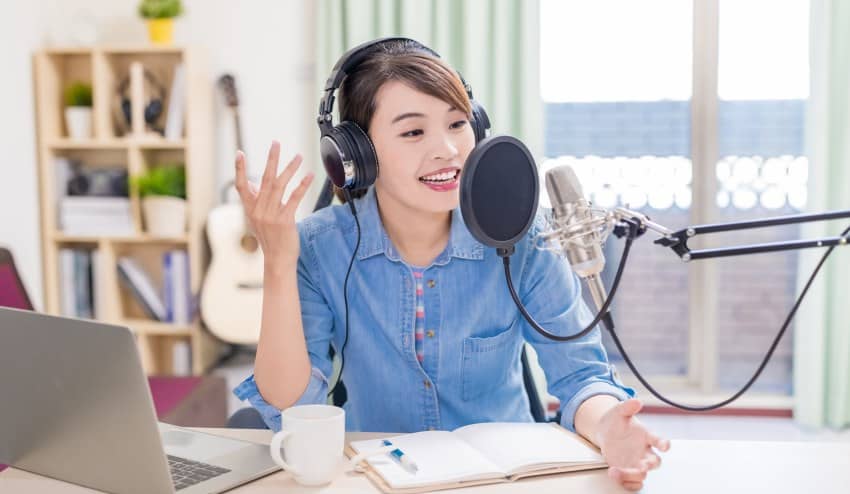 When you start your new podcast, commercializing it may not be the most urgent thing or the most immediate step to take. But once you begin to receive more views and subscribers, you want to start thinking of ways to make money from your show.

The podcast medium is growing very fast and many people want to know if they can make good money from it. But when it comes to how much money do podcasters make, a lot of incorrect figures are usually thrown around, but it is not difficult to find the truth.

Generally speaking, the amount of money you can generate from podcasting varies. It will depend on how you choose to monetize it, your conversion rate, the number of subscribers, and to some extent, the niche you are in.

You can monetize your podcast using an affiliate program, sponsorship, ads, or selling your own services or products directly.

If we look at the top paid podcasters in the world today, the size of the audience or following will decide how much money you make. The top podcaster today is Joe Rogan, who has more than 9 million followers. And it should not come as a surprise that he is the highest-paid podcaster right now.

How Much Money do the Top 3 Podcasters Make

Joe Rogan is a household name, especially if you have ever watched the game show Fear Factor. From hosting the show, Rogan had a stint in the UFC world before launching his now-famous podcast, the Joe Rogan Experience.

With more than 9 million regular listeners and over 190 million downloads, it is not hard to see why he is the number #1 podcaster right now in the world.

On this podcast, as the name suggests, you will not miss anyone’s experience. In each episode, Joe Rogan brings in inspirational figures to share their life story, projects, goals, as well as anything worth talking about.

From political leaders like Bernie Sanders and Andrew Yang to industry leaders like Sam Harris and Elon Musk and entertainers such as Mike Tyson, every episode is usually highly anticipated.

The podcasts make around $75,000 per episode. With three episodes per week, that translates to approximately $900,000 per month and over $10 million per year.

Joe Rogan has more than 40 sponsors pumping money into his show, including Athletic Greens, 23andMe, and Calm.

And that is before you include the $100 million deal Joe Rogan signed with Spotify just a year ago.

But sponsorship is the main source of income for Joe Rogan and his podcast.

The success of the Joe Rogan Experience podcast is very inspiring when you remember how humble the beginning of the podcast was, starting with just a laptop and microphone.

These two hosts are known for their crime comedy podcast My Favorite Murder (MFM). If you love murder mysteries, you are going to love this podcast.

Since it was launched in 2016, the podcast has since has broken download records, having sparked enthusiasm among its legion of followers. As of 202, My Favorite Murder got 35 million downloads every month. Listeners seem to not get enough of the episodes’ darkly humorous stories about murders.

In 2020, the podcast was the 7th most popular show on Apple Podcasts, beating repurposed programming such as NPR’s Fresh Air. The duo signed a deal with Stitcher worth more than $10 million, and created a 55,000-person fan club, with members paying $40 per year for exclusive episodes as well as access to presale tickets to performances.

It is clear the duo and hosts of My Favorite Murder are killing it in terms of content and earnings. They made around $15 million in 2019 alone, a feat that placed them at position #2 on Forbes’ inaugural ranking of the highest-earning podcasters, behind Joe Rogan and peeping out finance expert Dave Ramsey.

Right now the hosts are taking a sabbatical, but fans are wondering if they will come back since there hasn’t been any communication from the duo up to now.

Finance guru and author Dave Ramsey is the top 3 highest earning podcaster in the world in 2021. His podcast is called The Dave Ramsey Show. The podcast focuses on helping the audience become debt-free, gain control over their finances, and make sustainable financial decisions that offer peace of mind. Unlike other podcasts, including the two mentioned above, the Dave Ramsey Show relies solely on listeners who call in. This way, the listeners feel as if they are a part and parcel of the show.

The Dave Ramsey Show is one of the oldest, having debuted in 1992 in Nashville. Since then, it has grown to more than 18 million weekly viewers, placing it at number #3 highest-earning podcasts in 2021.

According to Forbes estimates, the Dave Ramsey Show podcast brings in approximately $10 million per year.

Ramsey’s podcast makes money through the syndication of the episodes, which are broadcast on over 600 radio stations across the United States.

Other Top Earning Podcasts in 2021

Known for featuring in the movie Parenthood, Dax Randall has amassed around 20 million listeners since he launched his talk show in 2018. His podcast features a conversation with his celebrity friends such as Claire Danes as well as experts such as neurosurgeon Sanjay Gupta. And with such a huge audience, it is not a shock that Armchair Expert makes more than $9 million per year.

The show has attracted advertisers such as oatmeal manufacture Bob’s Redmill and fitness app The Mindbody.

Each episode usually has an average audience of around 4,000, which the host commercializes through advertisements.

Bill Simmons, an ex-ESPN commentator, initially created a website focusing on sports in 2016 but it struggled to gain momentum. The website was called The Ringer and it is now at number 5,638 on Alexa website ranking.

However, it is an entirely different story with the audio side of things. The Bill Simmons Podcast has featured in Apple’s top 25 in the last two years and now it is among the top 35 shows on the platform. In 2020 alone, the show raked in over $7 million.

In 2018, his website The Ringer reported that the podcast received over 100 million downloads monthly, and received more than $15 million in revenue in the same year as per The Wall Street Journal.

Along with the Joe Rogan Experience, this is among the most provocative talk shows you will find on the internet.

Called Chapo Trap House, the podcast gained momentum after the hosts were banned from Twitch and Reddit in 2020 due to copyright infringements and hate speech.

Despite the controversies, the show has managed to attract sponsors, raking in more than $2 million listeners per year.

Known for selling the subprime mortgage loans before the infamous financial crisis of 2008, Tim Dillon launched this podcast on YouTube and earned ($1.3 million).

True Crime Obsessed is one of the highest-earning podcasts of 2021, with its host Patrick Hinds & Gillian Pensavalle becoming famous for their crime stories based on true occurrences.

The host of Smart Passive income Pat Flynn is among the highest-paid podcasters of 2021, earning around $1.2 million. The show involves a discussion of financial matters using the host’s first-hand experiences.

This duo is among the highest-paid podcaster of 2021, earning around $1.2 million from their podcast Flagrant 2. Their earnings come from listeners through Patreon and make the content available to three categories of accessibility to subscribers. This is a comedy and sports show.

Noel Miller and Cody Ko are well-known social media influences known for their podcast under the name of Tiny Meat Gang. Another comedy podcast.

This trio is known for their The Last Podcast on the Left podcast that earns more than $600k per year. The show has more than 11,346 patrons. They cover horror and all things dark.

Second Captain is hosted by five podcasters, proving that the best shows are not run by the only solo host. The podcast earns more than $600,000 per year. Focus on all things Irish, talking about sports, current events and pop culture.

Hosted by Jon Favreau, Dan Pfeiffer, Tommy Vietor, and Jon Lovett – former aides to Barack Obama, Pod Save America is a controversial podcast that generates more than $600,000 per year, but it earned $5 million during its first year. This is a liberal political podcast.

Known for their iconic roles in the hit sitcom The Office, the hosts of Office Ladies Angela Kinsey and Jenna Fischer are among the highest earned podcasters in 2021. The review episodes of the show The Office and have guest on the show.

With more than 32 episodes Serial is one of the most viewed podcasts of 2021. It is hosted by Sarah Koenig and is owned by New York Times.This is an investgative journalism podcast. They narate different nonfiction stories over multiple podcast episodes.

Hosted by conservative talk show host Ben Shapiro, this podcast is one of the most popular, especially among the conservative side.

Call Her Daddy is today one of the highest-earning podcasts with a global audience. The host, Alex Cooper spits in the face of misogyny and puts a new twist on feminism.

The first episode of Planet Money was released in early 2018 and it is published weekly. Breaking down some of the biggest issues using witty entertainment, this podcast has amassed a legion of followers since it was launched. They focus on popular economic issues.

Up First is a news podcast that has grown to be one of the most listened to and top 20 highest earning shows in 2021.

A curiosity bender show, this podcast asks questions and utilizes investigative journalism to find answers for those questions.

This radio talk show has been on broadcast since 1985 and claims to have more than 5 million listeners across America.

Hosted by the famous Conan O’Brien, this podcast just like his Late Night Show, is among the most popular podcasts of 2021.

Why you Should Start a Podcast

Basics on How to Start a Podcast

If you want to start podcasting today, here are some basics on how to go about it:

link to How to Upload a Video to YouTube

YouTube is the most popular free platform for uploading video content and sharing it with your friends, family, and the world. Uploading a YouTube video is a simple and quick process. That is why...

View Post
link to What Editing Software do YouTubers Use?